Why I'm an American 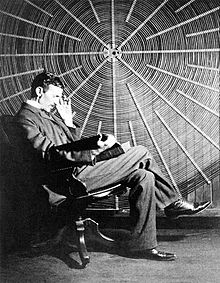 I know about all of the blood on United States hands, because I'm interested in my countries history, because I like it here. Discussion of any or all of these things is fine in a constructive context.  But I get really angry when history is reduced to simple muck-raking by some 'Liberal' blowhard. I want to tell them-

"If you don't like it here, then why don't you leave?"

Right; I know that line could come from any conservative radio host, which I hope that I'm the opposite of. I'm violating 2 of my own rules here. I'm using liberal as an apparent insult, and I'm suggesting that someone leave my country because of their beliefs. But in this case it makes sense.

If the atrocities committed in the past and present by the United States are completely irreconcilable to you, if you can never forget, then why haven't you left? I was tempted to say earlier that 'no country is completely innocent' but I realized that's false. There are plenty of countries with extremely clean histories compared to the U.S.- Switzerland and Costa Rica are 2 just off of the top of my head. Those and others appear to have higher living standards than the U.S. as well.

I'm sure you have the money to leave, or could save it up after a few years of working in fast food and eating at the dollar store(I know because I was on that budget for a while), so what's stopping you from moving?

The truth is I've thought of moving and something stopped me. Something was hard to let go of. It could've been American inventiveness, American humor, American art, American music, American comedy, American literature; it could've been simple loyalty and nostalgia. But in any case, I'm staying here for life, unless someone gives me an extraordinarily good reason not to. Because this is an interesting time and place to be alive.

At really stupid or unusual things. Someone complains about the piles of cardboard next to the overfull dumpster.

Someone makes a special request for Gluten-free fried chicken.

The MVA requests  a bank statement to get a driver's license. 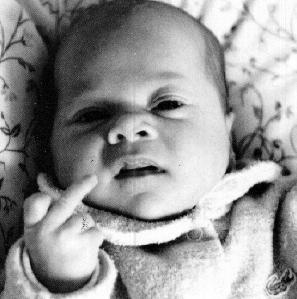 My parents did 2 things correct when they raised me. They let my keep my foreskin and they told me Santa Clause was fake. I probably would've figured that out but I can't be sure. I asked them about it. They told me-
"Santa is fake. Every kid learns Santa Clause isn't real eventually. We thought it would be cruel to tell you he's real."
Of course it would be cruel! And yet I still met children who not only believed in Santa but believed in God. When I was less than 9 years old a girl mentioned something about praying and I told her-
"God's not real."
To me it was the same thing as Santa(It's simple and you've heard it before but that doesn't make it a bad comparison, does it?).  I thought it was cruel to teach people to believe in God since eventually they'd firgure out he wasn't anywhere. She took on a stern, cold expression and told me-
"You don't believe in God? You're going to Hell."
That rare glimpse into my formative years pretty much says it all. Faith and superstition were the enemy and skepticism and compassion were humanity's only hope. I still believe that.
I've forgotten that conviction sometimes. I've put faith in things like marxism, humanitarianism, the class war, even pacifism. I believed in those things; because those things told me my side was winning, and the eventual victory was inevitable.  At this moment I'm a little bit ashamed and embarrassed because I did the same thing the regressive religionist child would do- believe what their parents told them; and find theories, movements, and history to support the belief.
In order to dictate how society should operate- no one has to base their opinion on any tradition or school of thought. No one needs faith; in fact one should have no faith. You don't need to appeal to the founding fathers, the constitution, 'america's values,' the class struggle, religion, or some some dream dreamed by a baptist minister. All you need to do is take a direct look at the deplorable conditions that exist and say 'this is fucking brutal, we should fix this.'
The United States held onto the practice of circumcision for a very long time. Originally a Puritan effort to stop masturbation(likely before the invention of hand lotion), it continued until now, when only 50% of male infants are circumcised. It took some well informed and educated parents(and illegal immigrants) to look at the practice and say 'this is fucking brutal, we should fix this.'
That's the most radical thing of all. Discussing what's right and wrong for humanity and America based on sympathy, reason, and sense. No god, no father, no masters, no fatherland, no ideology, no texts, no philosophy, no values. Nothing but the people living today and what's best for them. And when I look around, I can't help but say- 'this is fucking brutal, we should fix this.'
4 comments:

The War on Happiness 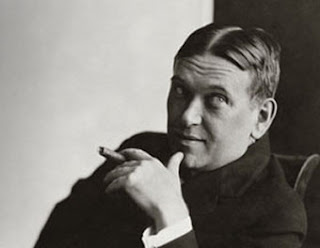 "Puritanism: the haunting fear that someone, somewhere, may be happy."
-H.L. Mencken
Recently I was asked at work to describe how I feel politically. I panicked and said "I'm a Progressive." I know what's wrong for society, and that's Conservatism, Religionism, Regression; any appeal to the past and the dark ages. Yet I had trouble self-identifying as a Liberal.

The Liberals didn't want to liberate children and they didn't want to fight for their rights. They wanted to protect them until they were mature enough(18, or 21, or never, as the case may be) to pursue their own happiness correctly. And that's what led to:

Liberals aren't solely responsible for this long regressive War on Fun, but so far they seem perfectly complicit and content to go along with it. Their mix of blind optimism about social-engineering to sanitize society mixes wholly harmoniously with the far-right religionists aims. The less fun everyone is having- the better. Instead of outlawing fun- they just make it expensive and annoying to get.

The puritanism is perfect. It is bipartisan, it is everywhere, and people vote to enact and uphold it.

All because of the children, who now have computers in their pockets.
2 comments:

The Doctors are Sick and the Emporer's Naked 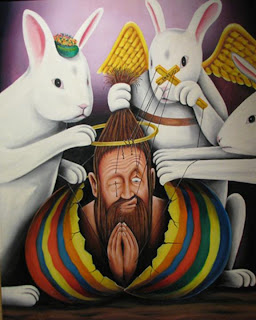 "For He is Raised" by Jack Kevorkian.
It's easy to forget, even shortly after his death, that Dr. Jack Kevorkian was a pathologist, not a personal care physician. He has plenty of supporters nowadays, myself included, who are shedding crocodile tears about how compassionate he was and how humanitarian his cause was. The line to tow is this: Physician-assisted suicide should be legal because terminally ill people should not have to suffer.


That was Dr. Jack Kevorkians stated cause as well, but what he actually did was advertise himself as the first ever "Death Consultant", drive around Detroit in a Volkswagen bus with homemade mercy-killing machines, and assist people with their suicides. Not everyone Jack Kevorkian helped to die were terminally ill, many had a history of depression, and more than a dozen were killed less than 24 hours after he met them. In other words, these were only physician-assisted suicides because Kevorkian possessed a medical license.
Then his medical license was revoked, and he kept assisting suicides. You can imagine how, coupled with a skull-like face and confrontational anti-authoritarian attitude, he really freaked out America. And America should be freaked out. Death is scary. Jack Kevorkian is one of my personal heroes because he had the courage, along with the people he helped to die, to see what death really is. And in his own words:
"Dying is not a crime."
The issue of physician-assisted suicide, while obviously important to Jack Kevorkian, was not his entire life's work. Just see interviews with him or read what he had to say and you realize that he was much more radical than that. He campaigned for the right to die for anyone. As he eventually said:
"What difference does it make if someone is terminal? We are all terminal."
He didn't help end anyone's life without consent, and after being imprisoned he eventually agreed to stop assisting suicides to be granted parole, proving he was not a compulsive killer or sociopath. His interests after he was released and his career as a death consultant ended included politics and a particular interest in the 9th Amendment. Why? Because he was making a political statement the whole time!
And it was the most radical thing any American Religionist had ever heard: this life is yours. You can do with it what you wish, you don't owe any Government or God or Society your suffering, time, or life. Not only that, you don't even have to follow the rules, or as he put it:
"When your conscience says law is immoral, don't follow it." 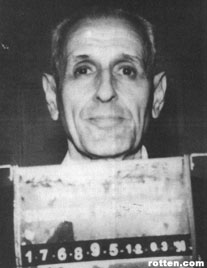 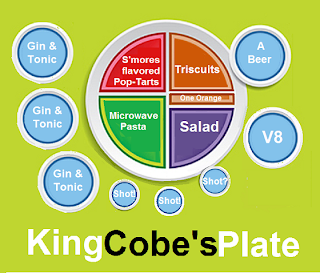