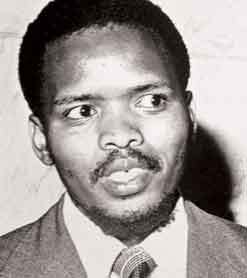 Race fascinates me. The word itself stirs your emotions, brings in  limitless amounts of other issues to expand upon, and to put it simply is emotional. The United States and South Africa get an unjust amount of  flack for having previously been racialist regimes, but I think that resentment is ill-informed, since racists themselves exist in every corner of the world to this day. You only have to read a global news outlet to see "ethnic conflict" occurring somewhere in the world.Well what's 'ethnic conflict?' A code word for racialism and violence.

The United States, South Africa, Brazil and other countries have at least tried to resolve the issue in many ways. It's a point of interest that the most heated 'ethnic conflicts' occurring today are based on ethnic differences which are usually imperceptible to the people within the aforementioned countries. This is testimony to the fact that race is not simply a 'social construct,' as a white-american-liberal might say, but a real thing. Not in the sense that there are any inborn differences between races(besides the obvious,) but that race will always be a characteristic which is noticed by people and 'means something' to them.

Where a person goes from there... is everywhere. From predicting or advocating or participating in race war to advocating "a completely non-racial society," as Stephen Biko did for South Africa in the 70s, in this clip of an interview. [Longer audio clip of same interview here.]

If a picture speaks a thousand words than this video speaks a million(if you believe in multiplication).

What's so extraordinary about Steve Biko's position is the recognition of race and simultaneous indifference to it. He recognized racial struggle as something real and something that should and ought to be overcome all at the same time. It's the only entirely consistent and honest position I've found on all of the aforementioned matters since I've been interested in them.

In the same breath(give or take) he prophesied modern so-called 'post-racial' society(even though he didn't intend to.)  What's so unique, is his proposition that racial distinction exists, but society is best off not recognizing those distinctions in any way. The idea clashes maybe-unexpectedly with the current liberal 'post-everything' culture of identity politics and special protection under the law. "Ahead of his time" would be a forgivable understatement of Biko.

Unlike Martin Luther King Jr. and Mohandas Ghandi- Stephen Biko isn't identified as an explicit advocate of non-violence. This puts him in the muddy waters of characters like Malcolm X, Nat Turner, Bobby Seale and John Brown- further adding to his enigma. While never convicted of any violent crime, Biko saw political resistance as having to be as strong as the the ruling political system, which used violence. I suspect anyone who's on the fence about non-violence versus violence will find fellowship in a position like that.

Biko died by being tortured and killed by the apartheid government of South Africa in 1977. That ordinary occurrence cements Biko's martyrdom as well as his legacy. Stephen Biko is the originator of the phrase "Black is beautiful," which he said meant:

"Man, you are okay as you are, begin to look upon yourself as a human being."
No comments: 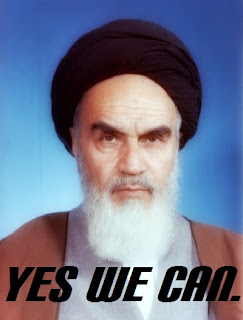 Iran... Fuck Yeah!
So, it was evidently too much to expect that Americans could avoid the intoxication of the beating of the war-drums, or have a good grasp of our own countries involvement in the rest of the world that goes back further than 10 years. That's why now in 2012, 9 years since the Iraq 'incident' in which 100,000 Iraqis were killed,  the traditional news-media talking heads have simply re-set their gun-sights on another Muslim country: Iran. Ironically, Iran is(for a change) an expressed enemy of the United States, and for good reason.

I like the Christian adage of 'love your enemy,' though because I'm so anti-religious, I prefer it secularized as 'know your enemy.' If Americans took the time to know their enemies, which they never do, they might find that their enemies have legitimate grievances and come to respect them- which might lead to some kind of diplomatic reconciliation. But never mind that. As Mr. Obama echos from our past, in the spirit of hope and change, when it comes to Iran: "All options are on the Table." (Prophetically enough, progressive dinosaur Mike Gravel challenged that phraseology in the 2008 Debates, asking 'who're you gonna nuke, Barrack?')

All options are on the table...As they always have been. In the 1950's and 1960's the United States was financially and materially backing pro-western military takeover and dictators in Iran. Just like they were doing, mostly successfully, in other muslim countries. Then the unthinkable happened(far more unpredictable than the current 'arab spring,') An independent Islamic republic was established through a decades-in-the-making spread of anti-western ideals, with very little bloodshed, considering the achievement. It's not that Iran was the only Arab country that resented western puppetry in their ruling class- it's just the only country that actually cut the strings before 2011, back in 1979!

Conceivably, relations could have been normalized, until the extremely embarrassing Gerald-Ford-Negotiated hostage crisis emboldened Iran's inborn anti-american sentiment. Later on, the Alzheimer's-riddled Reagan administration sold Weapons to Iran, completely denied it, then admitted to it, and later attacked Iran in 1988(you can't make this shit up.) In the 1990s, minor attempts were made to normalize relations, formally ending when G.W.B. delivered his ridiculous and infamous "Axis of Evil" speech. Since 2003, The United States has operated unmanned drones inside of Iran for surveillance and allegedly attacks, breached it's sovereignty in various ways, and continues to 'talk tough' and patriarchial to Iran.

Now ask yourself, why on earth would Iran want to develop Nuclear Weapons? 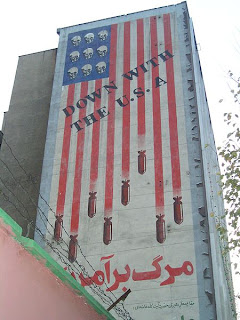 The simpleton's evaluation: Iran wants to attack the United States. Most Americans really must think muslims are stupid, despite that Muslim scholars established algebra, foresaw natural selection before Charles Darwin and know today that if they nuked America they would be nuked off the map in response. A secondary interpretation is that Iran intends to nuke Israel. I find that highly unlikely, since Israel too is a nuclear state which could respond in kind, but even if that were the case- I'd personally prefer to side with the Iranians instead of the Israelis.

The much more likely reason is for domestic security. It's impossible not to notice that countries with anti-United-States sentiment who have nukes don't get invaded and those who don't have nukes do. With all the rhetoric of the war on terror and the Arab Spring mixing into a strange brew, it would only take a populist domestic uprising in Iran these days for the United-States to No-Fly-Zone or Select-Target-Strike Iran in the name of 'freedom' and 'democracy,' claiming the lives of 100,000 Iranians and leaving the country in tatters- just like Iraq.

In a perfect world the United States would look at Iran in brotherhood as fiercely independent, revolutionary minded and aggressive- just as our country once was. For those who think that American-Iran relations are irreconcilable and war is inevitable... I wonder how do they account for the Reconciliation of America and Great Britain, America and the Phillipines, America and Japan, America and Russia? American Nationalism has been strengthened through common adversaries throughout history- many of whom are now allies. It is entirely possible that Iranian Nationalism is being strengthened through anti-United-States sentiment and could someday in the future be reconciled.

War with Iran would be be devastating. If I was in control, the U.S. would not interfere with Iran's establishment of Nuclear weaponry, and would make efforts to settle grievances to forestall a cold war. Instead, I suspect Mr. Obama will preemptively attack (as he's been known to do,) and it will be 'Down With The U.S.A'... a suicide by way of our hubris, refusal to acknowledge our own history, and a refusal of mutual understanding.
No comments: