Take Down The Wall 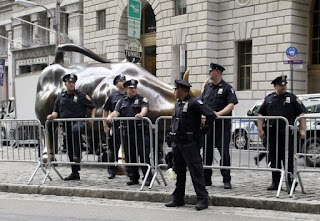 Pictured Above: The NYPD Protecting and Serving.
Last Saturday I had the opportunity to attend the proposed Occupation of Wall Street, but I didn't. The original call, from Adbusters, was for 20,000 people to flood into lower Manhattan. Anonymous said they would be there, as did some other politically oriented internet groups.That seemed like an unlikely number of people; it also seemed unlikely that they would actually 'occupy' anything. I just didn't have a lot of faith in my countrymen. I figured there were be a few hundred dudes in Guy Fawkes masks holding internet meme signs who would dissapear by the time they had to be at work or in class.

A few thousand people did attend that first day(or as the mainstream media miscounted: 'a few hundred'), which is about what I expected, but I was surprised to find that the occupation was legitimate. Wall Street itself was of course completely guarded by NYPD- particularly the iconic brass statue of a fucking bull(only in America). However, a stead of a few hundred protesters were allowed to stay in privately-owned Zucotti park, and did for an entire week. Imagine my surprise and delight that the marches this Saturday, a week after the initial ones, were even larger than the first day!

The movement is explicitly non-violent. I was inititally suspicious of this. Non-violent protest can generate some awareness, but if you don't disrupt anything, it's just a display. I hadn't considered that any huge block of people in New York City is disruptive- especially if it intends to stay or a while. In addition, with the surveillance of little brother with his cell phone camera, abuses of power can generate sympathy to the cause. Like this video, of a group of women getting pepper-sprayed while they're already contained in an orange police net and not resisting, by a white-collared NYPD officer.

This is how civil disobedience and the waging of non-violence can really work in the digital age. Unarmed women getting pepper-sprayed is about as good for generating sympathy as police dogs and firehoses knocking down children. 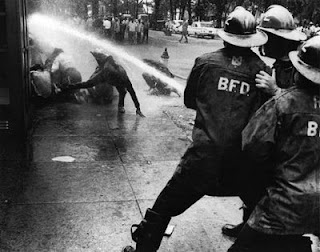 Of course, jaded Americans and possible paid sockpuppets on-the-internet will use the usual nauseating talking points, such as:

1. "These people are just young white hipsters, who are spending their parents trust-fund money."

How can a young white person dress to reflect that they're an educated, informed and socially conscious person acting in good faith? Not all white people have money; I know because I'm one of the majority who doesn't. And college-students are likely to be even more indebted than wage-slaves like me. It's also disingenuous to ignore both the people of color who are easily seen in the marches, and  the history of white radicalism in this country.

2. "What do these people want? There's no cohesive demand."

Just one look at a picture or video will show you what it's all about: Wealth inequality, and the ending of corporate and financial greed. There's many ways to skin that cat, but Hey look! They're actually talking about it. As one commenter, Michael Smith, put it best:

"WE CAN'T ARTICULATE WHAT'S HAPPENING TO US This needs to be understood as our strength, not a perceived weakness. This country's financial infrastructure and machinations have gradually become so abstract, so complex, so parsed into esoteric bits, that our bodies and souls are responding to the vague abyss of contemporary reality as best we possibly can... There's no clear class-divide, no bourgeois, no way to pinpoint and dissolve the POWER that's destroying us."

Well, I'd call the POWER that's destroying us Finance, Insurance, and Real Estate(F.I.R.E.); these guys are pretty close to hitting the nail on the head.

3. "Don't you people have jobs? Stop asking for a handout and pull yourself up by your bootstraps! [like I will try to do unsuccessfully for the rest of my life and then die in squalor.]"

It's quite funny to generalize all the thousands of people who travelled to New York City and are hunkering down in a park every cold night, putting up websites and videos, rationing food and water for everyone, and holding meetings and marches every day as simply "lazy". If they could get a decent-paying job, and avoid poverty, they would.

4. I'm glad our boys in blue are doing the job they're doing to maintain order. We can't judge the police for their actions, because we're not them, [even though there're long recordings of them attacking unarmed people without provocation.]

Our culture worships police and the military(and any authority) which could be a good thing in the long run, since as many have noted, the interests of the NYPD aren't very far removed from the demands of the occupation. I've seen some input from New York National Guardsmen who say if they're called in to restore order, they'll side with the occupation. With that said, about 100 people have been arrested and not been seen since. Unarmed people have been assaulted. If you think this is fine, you have to at the same time admit that this is not the home of the brave, nor the land of the free.

So, I hereby pledge my full support for OccupyWallStreet, and I will join them next Saturday for the march. My only concern is that non-violence will turn into never-violence. Non-violence and civil disobedience has accomplished a lot, but not without the threat of violence behind it. It's great that Civil Rights in this country and India's independence were won through non-violent means, but if they had been won through violence, that would be just as great. For now it's best to increase the numbers by drawing attention to the cause; and nothing is better than non-violence for that. 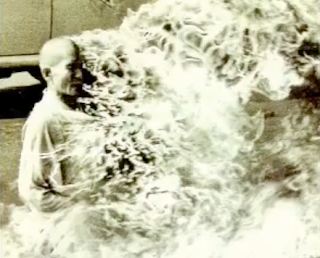 Think Of The Children 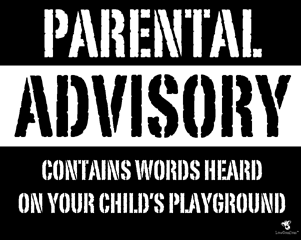 'Think of the children' is a phrase used mostly in jest nowadays. It used to be used as a serious argument in the efforts to ban, restrict or censor things that were thought by some christians to corrupt people(whatever that means). These puritans tried to molest Pornography of course, and then network television, drugs,  cable television,  rock music,  rap music, the internet, and most recently- video games. When the most obvious populist challenge was made-

"Isn't it a matter of personal choice?"

'Think of the children' was the only populist defense necessary because children were thought to be more susceptible to being corrupted by the sexual, violent, or otherwise provocative content these things contain.
You don't hear 'think of the children' much anymore for 2 elephantine reasons in the room-

First, the puritans efforts largely failed. There's an explicit content warning on compact disks(if you still use those), there's video game ratings(lol) and you can't say 5 out of 7 of George Carlin's 'dirty words you can't say on television' on network television, which only old people watch any longer. The war on drugs is their only campaign that still effects society, on every level, and every level of society knows that it's tyrannical and should be reformed.

Second, no children were ever corrupted. The last attempt to prove the opposite was in the aftermath of the Columbine massacre. Violent music was blamed, the internet was blamed, video games were blamed. It's been 12 years now and the most popularly accepted opinion is that the killers were motivated mostly by old fashioned (and typically encouraged) schoolyard bullying and hate- which there's only been a fairly recent backlash against.

Which begs a few questions; Since all of this violent and explicit media is more available now then it's ever been, and children have even more access to it, and they aren't becoming as a whole more dangerous, unhinged or promiscuous, Why do we shelter them? Why do we beat them? Why do we allow them to be ridiculed and bullied? Why do we control them? Why do we keep them in prisons for 6 hours a day? Why do we medicate them against their will?

Can't we do better?

I know that children aren't just like adults. They are much more emotional, impulsive, and ignorant than (most) adults. They should be kept away from guns, hazardous materials and drugs until they're better informed. But as for access to information and protection from violence? They are people. And they should have rights and freedoms.

That's what I think of the children.
No comments: